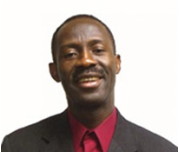 Michael Obi was born in Bendel State in the Mid-western part of Nigeria in 1962.  His parents were from Eastern Nigeria (Anambra State).  Much of his childhood was spent in Benin City and Lagos, Nigeria.  Michael earned his degree in mechanical engineering from IDAH Polytechnic (Benue State).  He also attended YABA Polytechnic in Lagos before coming to the U.S. Michael was desperate to find God from an early age and spent most of his childhood in Catholicism.  As a teenager and in his early twenties, Michael’s life was still worldly even though he continued in leadership positions in various Catholic youth movements.  In 1991; Michael came to the U.S. to pursue his engineering work and to become successful from a secular standpoint.  God guided him to Cleveland, Tennessee, where he experienced Christ and true salvation.  Doors soon opened allowing him to attend the Bible College full-time. He graduated with honors in 1993.

During this period before and at the Bible College, God continued opening Michael up to the reality of spiritual truths he had never seen before.  As a result, Michael chose to dedicate his life to serving God.  Personal commitment to prayer, studying God’s word and fasting soon became a lifestyle that took him into a much deeper walk with God.

Many people felt Michael should become a minister, found a church, or in some other way share his insights with others.  The Holy Spirit had other ideas.  For roughly nine years, Michael devoted himself to the largely individual practice of prayer.  Then he began sharing what he had learned with others and eventually founded a Prayer Center, where he became the Pastor.  He conducts daily prayer services in various locations.  These have continued for years with great success.  Michael is also the prayer coordinator for an area-wide prayer and revival movement.  His “Back to Prayer” ministry is broadcast locally on both TV and radio.

In due course, many of these lengthy prayer sessions led to remarkable experiences with God.  God opened Michael’s eyes to coming spiritual events that will affect each of us in profound ways, and in his book “The Watchman” Michael shares those revelations with his readers.